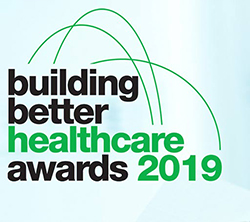 Neil Cooper / The Herald 3 July 2009 :
“Also in the middle bar and running until the end of the week is Miasma (1973), a video installation by Lindsay Perth which attempts to tap into current concerns about global warming by re-editing two examples from the wave of disaster movies which proliferated in the early 1970s. Twin screens face each other, playing versions of The Towering Inferno and The Poseidon Adventure, in which, in a pre-9/11 world, people dance, drown and burn in endless synch, wiped out by the elemental and near-biblical plagues of fire and water. Beyond the two films’ period kitsch, in a world where apocalypse is predicted every day – at times with good reason – their melodramatic, at times fetishistic renderings become all-engulfing microcosms of worst possible scenarios.”

Joyce McMillan / The Scotsman 4 July 2009:
“And Perth’s Miasma is a brilliant short video installation which takes two great disaster movies of the 1970s – The Towering Inferno and The Poseidon Adventure – and shows dramatically similar scenes from each on facing screens, forcing a repeated, looping confrontation with the nightmares of disaster by heat and flood.”